Despite the fact that my wheelchair fit fine on its side in the belly of the plane (the position in which it always flies), the ground crew in Montreal chose to dismantle it. We were notified of this decision before take off and given the four bolts that the “Houston ground crew would use to easily put it back together.”

Upon landing in Houston, the wheelchair was returned by the ground crew supervisor with the joystick lying on the seat, the back completely separated from the base of the chair, and numerous miscellaneous pieces handed to my husband. The supervisor refused to reassemble the wheelchair and Air Canada nor Bush Intercontinental Airport provided tools of any sort to aid the process of putting it back together. The captain, co-pilot, and my husband attempted a rudimentary reassembly with their hands. With the continued refusal of help/tools from any of the responsible parties involved and having waited nearly 50 minutes to deplane, the choice was made to put me back in my wheelchair. I vulnerably drove through the airport with a back that was not secured properly and a joystick that had to sit sideways on my lap which is essentially like driving a car with a steering wheel that turns in an opposite direction.

We were asked if we wanted to file a complaint to which I replied that since onboard restrooms are not accessible, I had not had an opportunity to use the restroom in many hours and would file a complaint from home. Aside from the wonderful flight crew of Flight 7685, who they themselves were completely mortified and apologetic for the way their company handled the situation, my needs as a disabled passenger were completely abandoned.

I will file an official complaint with Air Canada but as an advocate, this is my public appeal for awareness and change. In a world that becomes more accessible every day, the airline industry should jump on board. 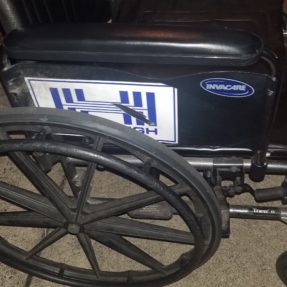 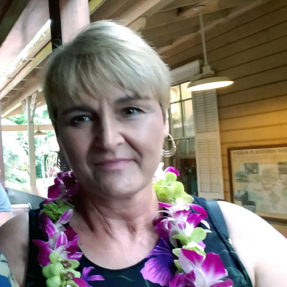